Home/Featured/Why are We Flushing Thousands of Years Down the Toilet?

Why are We Flushing Thousands of Years Down the Toilet?

What good can possibly come — and how much evil will definitely come — from putting grown men in women’s bathrooms?

Why would the President and his supporters want to obliterate thousands of years of the most basic distinction of the planet? We’re left shaking our heads utterly perplexed. Why, why, why? Here are the only reasons I can think of — maybe you can think of more. I’m not saying people will admit to these motives, but if you could see their hearts, you’d read these words.

As the President, the Democrats, and their allies in the courts and the media sweep away the basics of traditional marriage, and now the societal foundation of male/female identity, we are left with our heads in our hands, asking “Why?” Why are they doing this? Why would anyone think this is a good idea? What possible motive is behind it?

Some sins and follies we can kind of understand — there’s a kind of rationale behind them. But to legalize gay marriage, to punish opponents of gay marriage, and now to abolish the male-female distinction in bathrooms, changing rooms, and shower rooms. It’s just unfathomable and seems completely irrational. What good can possibly come — and how much evil will definitely come — from putting grown men in women’s bathrooms?

Let’s be brutally frank here — young girls, teens, and women are going to enter a private room, away from security cameras, and take their pants down; and President Obama has just decreed that sexually confused and twisted men be allowed to follow them (or wait for them there) and take their pants down just inches away from the women and girls. I mean, what could possibly go wrong? (And for British readers, believe it or not, American public toilets have about a half inch gap around every toilet door — which I’ve never understood!)

Why would the President and his supporters want to obliterate thousands of years of the most basic distinction of the planet? We’re left shaking our heads utterly perplexed. Why, why, why?

Here are the only reasons I can think of — maybe you can think of more. I’m not saying people will admit to these motives, but if you could see their hearts, you’d read these words. Also, people can have mixed motives; there can be lots of motives involved.

1. Morality: Some people really, really believe that this is the moral and right thing to do, that it’s more ethical to support gay marriage, gay adoption, and boys in girls showers than not to. They say we are the immoral ones for being intolerant.

3. Fear: They are perhaps afraid of the media monster tarring and feathering them as bigots if they even say, “Perhaps we should pause and think a bit more about this.”

4. Popularity: The corollary of #3. Many want to be praised by the media, they want to be “on the right side of history.”

5. Friends: I’ve seen people do 180′s on these moral issues when they find out a son, daughter, or friend is gay. Suddenly that makes it OK.

6. Personal interest: You’d be amazed at how many gay journalists (even “Christian” journalists) there are who use their positions to promote homosexuality and undermine Christianity without any “declaration of interest.”

7. Conscience-salving: See Gay Marriage is Not About Gay Marriage which argues that gay marriage is not really about the right to marry but rather it’s about social and cultural validation of one’s lifestyle.

8. Revolution: Marxist theory promotes the destabilizing of the existing order so that it is easier to build an alternative vision of the ideal society. Once they’ve nuked the nuclear family, anything can take its place, especially a totalitarian Government.

9. Don’t care: Lots of people think this will not impact them. “Just live and let live,” they say. “You do your thing, they do their thing, and I’ll do my thing.” But, as Erick Ericksen warns, You will be made to care.

10. Distraction: The government often uses these issues to distract attention from bad economic news, terrorism, etc. If they can keep people fighting about lesser issues then they will ignore the bigger issues. See Democrats Talking About Transgender Bathrooms and Global Warming Instead of Real Economic Issues.

11. Elections: The Democrats know that one thing that turns people off conservatives in America is painting them as puritanical and judgmental. It’s no coincidence that the transgender decree has been issued in an election year.

12. Ignorance: Some of the people pushing this in the highest echelons of government and the media are barely out of college. As Victor Davis Hanson put it, it’s the Pajama Boy White House. They have no idea of life, of history, or of the potential consequences of what they’re promoting (see this articlefor some of the terrible damage being done by the moral revolution).

13. Hate: It’s not so much that they love LGBT’s; it’s that they hate Christians. If I hated God and despised Christians, I’d be an ardent supporter of same-sex marriage and of transgender “rights.” What better way to express enmity against God. His creation order, and His people? Related to this, I’ve heard and read comments from LGBT’s like, “Well, Christians made us suffer for long enough, so now it’s time for them to suffer.”

14. Underestimating: Political leaders think that Christians won’t stand up, they won’t fight, they’ll just roll over, and keep spending their dollars in Target, etc. However, most of them never mix with real Christians and therefore have grossly underestimated their opposition. Ask J C Penney what happened to their profits when they started pushing homosexuality in their commercials. Is it a coincidence that Apple’s profits have dived since Tim Cook started using Apple to promote homosexuality? Watch Target miss its quarterly targets over the next year.

15. God-likeness: Some leaders like President Obama seem to just revel in the exercise of power for power’s sake. There’s a buzz that comes from being able to act almost like God and change so much in such a short time. Why did you do this? “Because I can!”

Until we understand the motives behind these decrees and decisions, we’ll never be able to argue successfully at the deepest level of the heart and mind. And we’ll never get to our knees and pray that the God who holds the king’s heart in His hand, just like the rivers of water, would turn it wherever He wishes (Prov. 21:1).

David Murray is Professor of Old Testament & Practical Theology at Puritan Reformed Theological Seminary. This article first appeared on his blog, Head Heart Hand, and is used with permission. 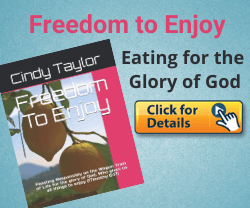 What Is Thanksgiving Day?
Gold in the Laundry: Finding Value in the Mundane
Wanted: Pastors with Courage
Psalm 121: The Unbelievable Promise
Do Whites Need Corporate Repentance for Historical Racial Sins?
Pastor to Pastor
Paralysis Was His Good Plan