Home/Featured/There Is a Fountain Filled with Blood

There Is a Fountain Filled with Blood

Without the shedding of blood there is no forgiveness of sins. —Hebrews 9:22

Christianity is unlike anything man can imagine on his own.

It is perhaps natural to imagine a religion that functions like a swimming pool — a hobby that may have benefits, but of course, swimming is not for everyone. Others might conceive of religion as a medicinal pool used to strengthen people who have sprained their hope and need some rehab to get them back on their feet.

But Christianity is different. It is not primarily a swimming pool to enjoy nor a hot tub to fix a midlife crisis. Christianity is about a pool filled with blood. It is graphic. It is gory. It is not a pristine pond found next to our manicured lawns. It is a crimson tide in which we must be submerged.

Drawn from His Veins

So, whose blood is it? Where it ought to have been the blood of God’s enemies, it was, almost unimaginably, the blood of his own Son. The God-man revealed to us as Jesus of Nazareth was not spared what others in God’s great story were.

The Red Sea did not part for him. The Father struck him with Abraham’s flint knife. He drowned in Noah’s flood. Daniel’s lions devoured him. The fiery furnace of Shadrach, Meshach, and Abednego consumed him. The spear that missed David impaled his Lord. He was cast overboard and swallowed by Jonah’s beast. He was crushed for David’s adultery, Abraham’s cowardice, Noah’s drunkenness. The squeals of every sacrificed animal that ever bled on the altar were in anticipation of his cry.

We, like all of God’s people since, were only spared because Christ was not.

There is a fountain filled with blood, drawn from Immanuel’s veins.

And sinners plunged beneath that flood lose all their guilty stains. 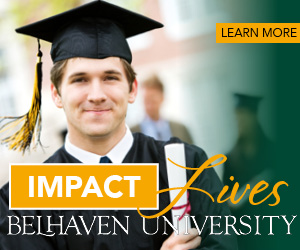