Home/Featured/Sometimes the Best Explanation Is ‘Forgive Me’

Sometimes the Best Explanation Is ‘Forgive Me’

Sin infects our syntax. It corrodes our word choice. We let it — even wield it. When will we learn?

“Explaining away” our sin is as Adamic as the apple beneath our chin. When God finds Adam naked, afraid, and hidden among Eden’s trees, he asks: “Have you eaten of the tree of which I commanded you not to eat?” (Genesis 3:11). God wants Adam to tell God what Adam has done. Adam does answer God’s question, but only after he explains how Eve (and even before that, how God!) “started it.”

“The woman whom you gave to be with me,” Adam says to God, “she gave me the fruit of the tree, and I ate” (Genesis 3:12). Twenty words make up his reply. He spends the initial eighteen explaining how first God and then Eve led him to do what he did: “God, you gave me this woman. This woman, she gave me the forbidden fruit. I was not actor but passerby. And so I did what any person being handed something from trustworthy people would do: ‘I ate.’”

Likewise Eve plays the blame game. When God turns to her and asks, “What is this that you have done?” God wants Eve to tell God what Eve has done. Eve’s response mirrors her husband’s: “The serpent deceived me, and I ate” (Genesis 3:13). Like Adam, she begins with the parts played by at-fault others (this time, Satan) and saves the most pitiable (herself) for last. “The serpent started it,” Eve says without saying, “for he deceived me. I was not actress but passerby. And so I did what any duped person would do: ‘I ate.’”

I ate. Are Adam and Eve lying? No. Are they laying bare the whole truth before themselves and God? Also no. Their response would have been different, something like this: “I ate — I sinned.”1 Instead they choose to “explain away” their sin, just as every person with an Adam’s apple tends to do.

We start with what everyone else has done. We position others as the subjects of all our sentences. For Adam and Eve, it was you (addressing Creator and Sustainer); the woman (addressing wife, friend, and co-laborer); and the serpent (finally, one worthy of partial blame). For us, it is whoever we can wrap our sinful logic around.

This is calculated. As early as third grade, we learn not only the laws of English but how to bend them to achieve desired ends. I know because I see it in myself. Plus, I teach third grade. We know that the subject is the one that feels, thinks, speaks, and moves at will — and seemingly bears the responsibility for doing so. If “Jerry told me to break the toy,” then according to the sentence Jerry broke the toy. No matter that I am really the one at fault. Painfully reminiscent of an eight-year-old, we adults also roar in response to confronted sin, “He made me do it!”

And so we shove the blame away from ourselves and pile the responsibility onto others. Everyone else consigned to culpable subjects, we are then free to place ourselves as limp and lifeless direct objects: In the garden, God “gives” the woman to Adam. Eve “gives” the fruit to Adam. Satan “gives” the fruit to Eve. In our own lives, someone or some situation “gives” temptation to us. “Why am I in trouble if I was just acting in response to what I was given?” we do not ask but demand.

At long last we arrive at what we personally have done. Both Adam and Eve finally say, “. . . and I ate.” We have successfully sequestered our doing to the situation’s tail end. What we did is the effect, not the cause. But even our word choice lays bare our penchant to self-preservation. “Don’t think of it that way,” we say, our logic maturing. “I wasn’t betraying you. I only [insert any number of morally neutral actions, like ate].”

The situation thus construed, we cannot possibly be the ones at fault! We are but poor bystanders guilty by association. “Wrong place, wrong time,” we plead. “When police officers arrive at the scene of the crime, do they arrest the battered lamp standing dutifully in the corner of the living room?”

Sin infects our syntax. It corrodes our word choice. We let it — even wield it. When will we learn? 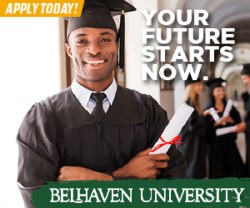