“The Christian church is not a luxury, but a necessity to the life and perpetuity of any nation.”

Rev. Randolph H. McKim, pastor of the Church of the Epiphany in Washington DC, protested the continued ban on church gatherings.[25] In the opinion piece, he argued in strong terms that “nothing has so contributed to that state of panic which has gripped this community as the fact that the normal religious life of our city has been disorganized.” He further protested that when the Federation of Pastors met with the City Commissioners to consider the matter, the Commissioners reasoned purely on “materialistic grounds.”

As World War I was coming to a close, still another enemy was making its way toward the nation’s capitol: the Spanish Flu. Between October 1918 and February 1919, an estimated 50,000 cases were reported in the District of Columbia; 3,000 D.C. residents lost their lives.[1] At the peak of the pandemic, the DC government banned all public gatherings, including churches. How Christians responded provides some lessons and principles for responding to similar dilemmas in our own day.

The first active cases in the District were reported in September 1918. Between September 21–26, six people succumbed to the flu. On September 26, Health Officer Dr. W. C. Fowler warned the public to be cautious about influenza but said he did not yet expect a full-on pandemic.[2] He was wrong. The next day saw three more deaths and 42 new cases.[3] From that point on, cases multiplied rapidly and deaths followed shortly thereafter.

When 162 new cases were reported on October 1, city officials took action. Public schools were ordered to close indefinitely and operating hours for stores were limited to 10 AM to 6 PM.[5] More closings followed in the next few days. On October 3, private schools and beaches were ordered to be closed. On October 4, the number of cases spiked; 618 new cases were reported. As a result, the city Health Officer Dr. Fowler called for additional bans on public gatherings, including church services, playgrounds, theaters, dance halls, and other places of amusement.

On October 4, the headline of the DC-based The Evening Star read “Churches Closed While Influenza Threatens in D.C.” According to official documentation, the formal request used the following language:

The Response of Pastors

DC churches responded by calling an emergency meeting of the Protestant ministers on Saturday, October 5. There, they “voted unanimously to accede to the request of the District Commissioners that churches be closed in the city.”[7] As The Evening Star reported the next day that the “Pastors Federation of Washington” would comply with and support the safety measures called for by the city.[8] Gathering at the New York Avenue Presbyterian Church, the pastors released the following statement:

Resolved, in view of the prevailing condition of our city (the widespread prevalence of influenza, that has called forth the request from the District of Columbia Commissioners for the temporary closing of all churches) we, the Pastors’ Federation, in special assembly, do place ourselves on record as cheerfully complying with the request of the Commissioners, which, we understand applies to all churches alike. We furthermore recommend that our people shall conduct in their own homes some form of religious worship remembering in prayer especially the sick, our allied nations at war and the present canvass for the fourth liberty loan.[9]

A gathering of representatives from 131 African-American churches decided likewise to abandon services. Although responses to this order were mixed, churches demonstrated a unified response by complying with the directives of the DC government.

The Saturday, October 5 edition of The Evening Star listed all of the church services for the following day. Most headings simply stated: “no services.”[10] Some churches listed longer messages in their newspaper advertisements, explaining their choice to gather outdoors instead. One Presbyterian Church explained their cancellation of services in the following way:

Inasmuch as it has seemed wise to the Commissioners of the District, after careful consideration of the question, to prohibit the gathering of the people on Sunday in their  accustomed places of worship, may I suggest that at the usual hour of morning service you gather in your homes and unite in common prayer to the God of Nations and of families, that He will guide us in all wisdom in this time of trial, that our physicians and public officers may be led in their performance of duty and be strengthened by divine help, that the people may be wise and courageous, each in his place. Let us never forget that “Help cometh from the lord which made heaven and earth.” Behold He that keepeth Israel shall neither slumber nor sleep.[11]

One way some churches managed to technically comply with DC regulations while continuing to meet was to obtain permits to gather outdoors. Examining the “Church Notices” section of newspapers at the time shows that many churches opted to gather outdoors on October 6—some in front of their buildings, others in public parks.[12]

All churches will be closed tomorrow. Open air services will be substituted wherever possible. Numerous permits have been obtained to hold services in various Government parks in the city. These open air services will continue each Sunday until such, time as the District Commissioners decide the influenza epidemic is sufficiently abated to warrant resumption of meetings in church buildings.[15]

While churches were forbidden from gathering indoors, there was still the possibility of obtaining permits to gather outdoors.[16] 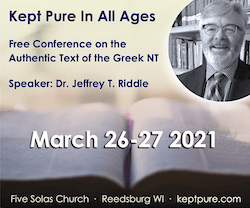